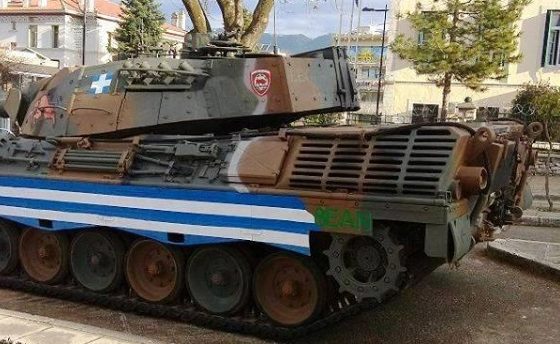 The innovative idea of our club member and Hellenic Armed Forces member, Panagiotis Kavvadas was first presented to our club in the summer of 2017.  The idea was to paint a Leopard 1 A5 tank in a commemorative paint scheme for the types’ 25 years in Hellenic Service.

The project was met and tackled with great enthusiasm.  Through many meetings and planning and after a long process through the Army’s’ hierarchy, the project was approved by the Chief of Staff of the Army and began to take shape.

The design team, consisted of Master Sergeant Panagiotis Kavvadas, the Ioannina Modellers Club and art designer Georgios Santamouris, worked initially on the design of the commemorative scheme and then went on in painting the tank.